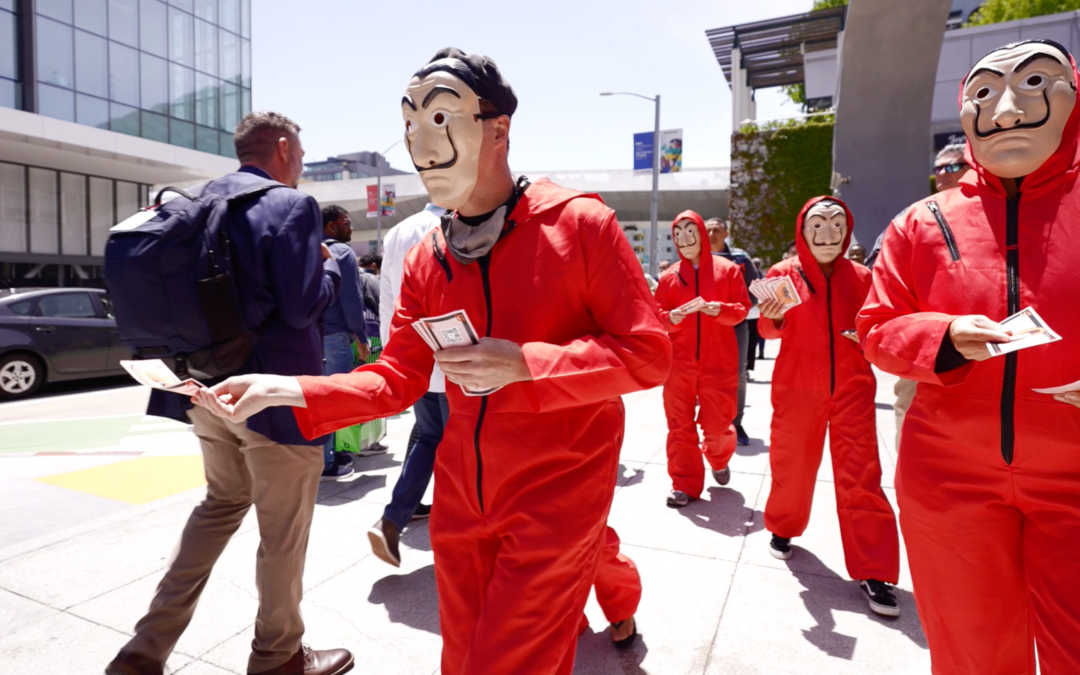 Port53 Technologies, a leader in cloud-based cybersecurity and intelligence, mounted a creative campaign to boost awareness of the dangers of ransomware.

On Tuesday, June 7th, 2022, individuals in San Francisco were witness to a curiously dressed flash-mob-style group that handed out QR-code tokens and vanished just as mysteriously as they had appeared. The event, meant to illustrate the swift and stealthy methods used by today’s ransomware gangs, “targeted” visitors to the Yerba Buena Gardens in the downtown area. The campaigners were disguised in costumes resembling those in the Netflix series, “Money Heist”, in a bid to steer public thought towards the issue of ransomware, which can rapidly take data hostage.

“Our campaign has one key message,” said Madison Yeack, Marketing Director at Port53. “Together, we give companies a fighting chance.”

Port53 started the global awareness campaign in Dubai, United Arab Emirates, where the company opened its Middle East and North Africa regional headquarters earlier this year. The initiation of the ransomware awareness campaign in Dubai coincided with Port53’s participation in the Gulf Information Security Expo and Conference. The company’s intention is to highlight the need for cybersecurity companies to work together to combat ransomware. The campaign has since moved on to San Francisco and is due to hit the streets of London, UK, later this year.

In the San Francisco campaign, Port53 branded a charter bus to transport cybersecurity professionals around the city. The innovative campaign immediately sparked interest among cybersecurity industry stakeholders as word of its success spread.

“Today, Port53 shone a spotlight on the threat that ransomware poses to businesses, governments and private individuals,” Omar Zarabi, CEO at Port53 added. “It can bring work-life and operations to a halt. And it can cost millions of dollars to rectify. Cybersecurity leaders are getting the message. In Dubai, San Francisco, and soon in London, they hear the call to action, and they respond. They understand the importance of such campaigns to shed light on the threat of ransomware and to remind ourselves that we are not doing nearly enough to prepare for attacks. Ransomware incidents affect companies of all scales, not just the household names that make the headlines. And right now, the industry’s action lags that of attackers. We need unity.”